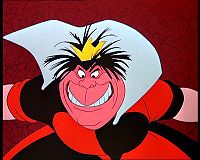 Comment by Cheryl Nelson on July 29, 2010 at 10:21pm
Robert Black: "People joined here to learn from the site creator...who else? So get on with it...inspire and weave a positive experience that will insure growth and prosperity."

The plan is to be a safe space where people can pursue what they deem necessary to survive the passage of Planet X. I am taking care of business and moving on past this ugliness.

Sorry, but since it's my ning, I will do what I deem necessary. Why should you care? Today is the first day I've seen you here. If you don't like it, you are welcome to leave.

Wrong, I wasn't referring to Nancy, but to someone else.

Comment by Cheryl Nelson on July 29, 2010 at 10:17pm
Robert Black: "This is just fascinating. Such a dark place with much negativity totally focused on Nancy and quite one sided."

This is a response to Nancy's continuing and mounting criticism of me. I'm done with it. It is provided so people will know the truth of what she is really about so they have data with which to make a decision on whether her allegations are true or not. This is what is done in courts of law every day.

You can accept or not. Move on.

Comment by Cheryl Nelson on July 29, 2010 at 10:11pm
What would you think if your President stepped forward with reams of papers explaining his behaviour over a period of time? I did this because they said this.etc.....That would show a weakness there I would question....

Hey, we've been waiting for him to present his birth certificate...ain't gonna happen. And we are not talking about Nancy doing a self-examination here.

Comment by Cheryl Nelson on July 29, 2010 at 10:09pm
Robert Black said, "You're giving her so much power over this site the newbies will flee to her just to see what all the ruckus is about...."

Then they go with their eyes open.

Comment by Cheryl Nelson on July 29, 2010 at 10:07pm
Robert Black said "Cheryl, as a fellow banned member from the sister ning, I came here hoping to find some solace, but all I found was a group of people wearing masks, and this outrageous blog you have created. I am quite familiar with your past blogs on the PS ning, and admit that I was upset to see you leave.

Don't you people understand? Open your eyes! Cheryl, I must say I am dissapointed. Have you honestly just filled up three pages of this nonsense? Most of this makes little to no sense, and I can guarantee that most of your "followers" question it, but are too damn afraid to point it out. They just blindly follow along with whatever you feed to them. You have a very possessive and insecure personality, and will blast anyone who questions you.You have broken away in hopes of getting the attention to yourself, and have piled these lies to strengthen this. You are full of anger and hatred, this is clear.

I understand that you will delete me. For what reason? You do not want to deal with the apparent problem: ME. Rid of the trouble maker, he will cause me to become uncomfortable and others to question. My god, wake up, people."

The evidence speaks for itself. You, however, sound like you are parroting a certain person. I have no followers. I happen to have a website that many thinking people have joined. They are not just blind cult followers. I wouldn't allow them to be so. I am a free speech advocate and cult critic. Using generalities such as, "I can guarantee that most of your "followers" question it, but are too damn afraid to point it out." is laughable. You obviously don't know the people here. No one fears me. I'm not a fear-inducing person.

"I am just the gutsy fool who decided to stick up to the lies..."

"It is hard to see past the masks, especially Cheryl's. Look at what's in front of you, she felt the need to tell EVERYBODY. In fact, her facts hardly match up to the evidence she has dug up."

"You have broken away in hopes of getting the attention to yourself, and have piled these lies to strengthen this."

All of that is YOU attacking Cheryl, but now you're trying to change your tack and play all 'spirutual' and 'above it all'.
It's hilarious!

Comment by mr ssssmith on July 29, 2010 at 9:49pm
Nancy has an entire website dedicated to defending her own false claims.

It would be great if Nancy no longer mattered to people. Problem is, they don't know that most of what they think they know about PX and poleshift originated with Nancy and is manipulated tripe.