Well, the internet has been abuzz lately with videos and reports suggesting that FEMA has been getting ready for a major catastrophe. The latest commercial, airing in the U.S has to make one wonder.

Awhile back, people were concerned over the FEMA camp "coffins" showing up all over the United states, as shown below: 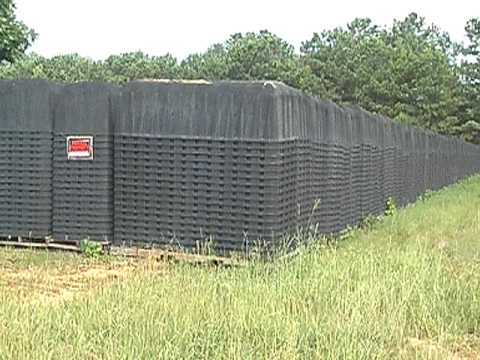 Many NWO theorists assume these camps and recent executive orders signed by Obama, like his Assignment of National Security and Emergency Preparedness Communic... which states:

Section 1. Policy. The Federal Government must have the ability to communicate at all times and under all circumstances to carry out its most critical and time sensitive missions. Survivable, resilient, enduring, and effective communications, both domestic and international, are essential to enable the executive branch to communicate within itself and with: the legislative and judicial branches; State, local, territorial, and tribal governments; private sector entities; and the public, allies, and other nations. Such communications must be possible under all circumstances to ensure national security, effectively manage emergencies, and improve national resilience. The views of all levels of government, the private and nonprofit sectors, and the public must inform the development of national security and emergency preparedness (NS/EP) communications policies, programs, and capabilities.

are aimed at a 'take-over' of the US citizens, or they believe a situation will be staged to which Obama can induce Martial Law and round people up in these camps. Here is an audio clip from a 'Former Director of the CIA'

Recently in the news, Russia has decided to build over 5000 emergency shelter homes for its citizens

Sweden, India and Norway have all built massive Seed Vaults in the last couple of years - why? What is the rush?

And of course, the video footage showing hundreds of tanks being transported to a location on American soil had people up in arms (I might mean that literally..you silly Americans)

So - are countries preparing for something? Is the U.S Government waiting to impliment martial law, to take the guns away from Americans and create a slave society? I highly doubt it. To me, it looks like countries, including the U.S are preparing for natural events, and as for the U.S...look at the rampant violence now. If a nationwide disaster were to occur, how many bad folks running around with guns would there be? I think this is possibly just a preparation for that day that may or may not come.

We should do the same as many of the world governments do.  Which is------Save seeds, build an underground shelter, save food, save ammo, have a large source of underground water. etc.  You don't supose that the governments are tapping off lakes from the bottom for their own holding areas, do you?

Yeah, I generally don't trust any prediction dates. I would think the Earth and other cosmic activities are on their own complex path and schedule - unaware and uncaring what we might think. Besides, the Aug 17th date came from the John Moore show, who may have been fed disinformation, and that fellow who apparently 'predicted' the Japan quake. His insider information is HAARP related, so again, most likely filled to the brim with disinformation.

Today is August 17th and I do not see any major quaking....

Nonetheless We should pay attention to all the information that comes our way and study even much more than this. To confirm or deny whatever truths may be found and then having done so, take whatever actions may deemed to be prudent! I know way to many people who are totally wrapped up into whatever la de da mentalities that seem to have been the focus of their attentions or loves.Or mindlessly going about their jobs in subservience to TPTB to make that almighty dollar? In a perfect world this would not be so bad? This is very far from a perfect world or time or age! Not to be enslaved to a negative mentality but rather to be grounded into whatever Reality may throw our way? Awakened, Watchful, and Aware.

this is in accordance with my own analyses, long held for several years now. the first thing sever earthchanges will precipitate is rampant street fighting, looting, sheer utter madness. THIS is the reason fir the bullets. mad max may be more like Rupert bear to what may happen . I still am convinced there is extra planetary overwatch however, and suggest Tolec is closer to the truth. we should not fall into the negative trap of fear the authorizes seem t have fallen into