That was good to reread that report months later after things have gone the exact way in spades that Marshall predicted they would.

You need to listen to wht Marshall said a few weeks ago on Leak Project with respect to Ed Dames last presentaion, via Marshal Masters,  in, was it Florida? Anyhow, paraphrasing and you may know this, Ed later on in the presentation had a change of heart and rescinded his earlier forecast by telling his audience, in private, though this was recorded by a person there, that Ed's remote viewers  have seen the object and he gave a six month time frame , so, from September we come to March of next year. Again you may know this.. I heard also, a week ago by a lady on a show, a very competent lady, in  Italy, she said the Italens are very rapidly building a  deep bunker outsde Milan.. .....a lot is happening, Alex Collier has a webinar ths Friday, Simon Parkes has a show on Sunday...

MM has been predicting 2016-2017 for it to pass.  I'd say the outer orbitals are getting close when we are able to see them, naked eye, so this seems to be agreeing with my internal intel late Fall/early Winter could be it.

Marshall Masters thought PX was coming in 2012 and when it did not he was ridiculed so bad he has had a hard time putting himself in that position again. But now that seeing the incoming solar system has become a daily experience for all to see. From all over the world videos pictures and webcams are non stop. Marshall said something very interesting, he said when you see the incoming solar system with your own eyes are you finally going to believe it is coming. I thought that was funny until I saw it with my own eyes and a moment of truth and disbelief ran through my head. Do I run and get a camera or stare at it to see if it goes away. I ran for the camera but in my heart I did not want to believe what I saw. When I returned clouds chemtrails and trees blocked me from getting a good picture, in the back of my mind a voice was saying thank God now I don't have to face up to the fear of seeing it with the photographic proof that I did see it. So then I understood what Marshall had said and it was very meaningful. We are all going to have the same moment I did. I call it my Oh shit moment and now that I have survived it I will be photographing  it as much as I am able. Get ready folks it seems to be getting closer quickly.

Didn't ZT say the bulge of Brazil and India would become the new poles? 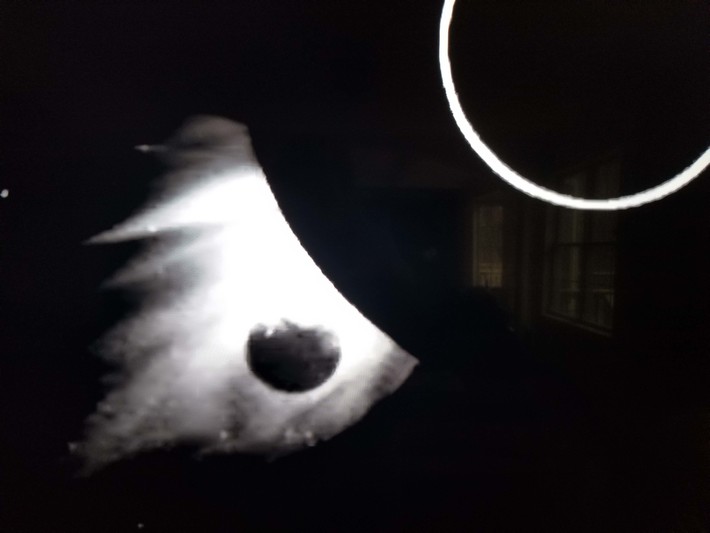 Many people in the Northern Hemisphere have been seeing it and trying to post to various social medias, but with all the censorship, it is next to impossible. I guess when we ALL see it, is the time for that "get ready to meet our maker" moment to  happen.

I guess what bothers me the most in the betrayal of humanity many of us feel, as we watch the elite perform their dance of lies to protect their own skins, all the while offering a ray of false hope...that is cruel. I pray we all make it to the other side with minimal discomfort and hope that we have done our best to help others while we were here.

Anyway, good luck and love to us all!

We knew, back in the early days of this site, that there would be many, many distractions.  We had no clue, did we?