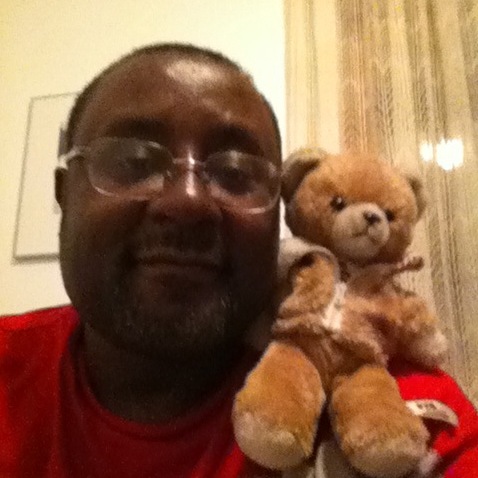 Kert Ellis has not received any gifts yet

The Lord is coming soonn for his Church!! The Feast of Trumpets

The Rapture will occur on During the Feast Of Trumpets.  A Jewish Feast day....  Get ready Have you Trusted Chridt as your Lord and savior

Summary of reasons why Christians expect to see the rapture happen on the Feast of Trumpets / Rosh Hashanna 1.  All the Spring Feasts were fulfilled at Christ's first coming, and on the exact day of the feast.  All the Fall Feasts picture the second advent, and the Feast of Trumpets is the first of the fall feasts, picturing the rapture. 2.  The Feast of Trumpets is when the "last trump" of the rapture of 1 Cor 15 is blown. 3.  The Feast of Trumpets is known as the Wedding of the Messiah, and the Church is the Bride of Christ, and the rapture is when the Church is caught up to heaven to be wed with Christ. 4.  The Feast of Trumpets happens on the "new moon", which is 29.5 days after the last one, meaning it might occur on the 29th or 30th day, nobody knows for sure.  "Of that day or hour no man knows" is an expression referring to this feast, and thus, the rapture. 5.  "Of that day or hour no man knows, but my Father only" is an expression used by a groom when asked when his wedding will be.  He says this because it is his Father that will tell him when his preparations on the bridal chamber are completed and it is time.  Again, the wedding pictures the rapture. 6.  The "Open Door" of the rapture in Matt 25, and Rev 3, & Rev 4:1 is a symbol of the Feast of Trumpets.  [Ezek 46:1] "Thus says the Lord GOD: The gate of the inner court that faces east shall be shut on the six working days; but on the sabbath day it shall be opened and on the day of the new moon it shall be opened. 7.  We are told that the new moon and the Feasts of the Lord are a shadow of things to come in Col 2:16,17.  Since the Feast of Trumpets is the only Feast of the Lord that falls on a new moon, we should take particular note. 8.  There are seven days of awe in between the Feast of Trumpets and the Day of Atonement.  These picture the seven years of tribulation.  Atonement pictures Satan being defeated and cast away at the end of tribulaion.  If you add the two day Trumpets feast, and the day of atonement, the 7 days of awe are "ten days of tribulation" which might be referred to in Rev. 2:10. 9.  In the , a marriage takes place over a period of time known as the "bridal week".  During the bridal week, the groom and bride have sex in the bridal chamber.  At the end of the week, there is a marriage supper.  Compare Judges 14, Rev. 19, and Gen. Genesis 29:22-28  This bridal week will be the tribulation week on earth, while the bride of Christ is in heaven. 10. In the Jewish Wedding, the groom comes for his bride "like a thief in the night" to take (size / rapture) her away and into the bridal chamber for the bridal week at his father's house. 11.  The Feast of Trumpets is also known as the coronation of the Messiah, when he will start reigning as king, thus the beginning of the "Day of the Lord", which includes the tribulation. 12.  It is also time for the bema judgment, or the judgement of the works , and judgement must begin at the house of the Lord.

[2Cor 11:2] For I am jealous over you with godly jealousy: for I have espoused you to one husband, that I may present you as a chaste virgin to Christ.

Rapture parallels with the Feast of Trumpets (Rosh HaShana)

The Feasts of the Lord essays, relating to the Rapture, by Jackie U's summary of Eddie Chumney's work:

The First of Tishri on the , which begins  the Jewish New Year, is the celebration of Rosh Hashana ("The Head of the  Year") and also the Feast of Trumpets. This day begins Israel's civil year and  is celebrated for two days (the second day was added by the rabbis around 500  b.c.).

Everything in the Torah (or the Pentateuch, the Five Books of Moses) has a  prophetic as well as historical significance and merits our careful attention.  Jesus indicated this in Matthew 5:17:

Paul also emphasized this in Romans 15:4:

The Feasts of Moses

The Torah details seven feasts which take place during the Hebrew calendar  year:1

Three feasts are in the spring, in the month of Nisan: Passover; the Feast of  Unleavened Bread; and the Feast of First Fruits. Fifty days later there is a  fourth feast, Shavout, or the Feast of Weeks, also known as Pentecost.

While each of these feasts has a historical commemoraive role, each also has  a prophetic role. This role is highlighted in Colossians 2:16-17:

Let no man therefore judge you in meat, or in drink, or in respect of an   holyday, or of the new moon, or of the sabbath days: which are a shadow of   things to come.

The Feast of Trumpets

September 25th is also known as Yom Teruah, the Feast of Trumpets.3 Observed on the First and Second of Tishri, the celebration  actually begins 29 days earlier: a series of over 90 trumpet blasts accrue for a  final blowing of blasts on the climax of the celebration, the Teki'ah  Gedolah, the Great Blowing.

In the rabbinical literature, there are many details that are quite  provocative. Among the most significant is the use of the shofar, the  ram's horn, instead of the usual silver Temple trumpets. (If you visit the  Temple Institute in Jerusalem, you can see the silver trumpets that have been  fashioned for use in the coming Temple.)

The shofar is associated with the Akedah, Abraham's  offering of Isaac on Mount Moriah, as detailed in Genesis 22. Rabbinical  tradition associates the left horn of  as the "first trump" and the right  horn as the "last trump".

A distinguishing feature of the celebration is the last, climactic blast, the Teki'at . This is not the usual series of short bursts,  signalling alarm or bad news. Rather, it is a long blast, signalling victory or  good news. It is this last blast that is referred to as the last trump.

In Paul's Resurrection Chapter, I Corinthians 15, he describes that strange  event which has now become known as "The Rapture" of the Church:

Behold, I shew you a mystery; We shall not all sleep, but we shall all be   changed, in a moment, in the twinkling of an eye, at the last trump: for the   trumpet shall sound, and the dead shall be raised incorruptible, and we shall   be changed.

What did he mean, "the last trump"?

So, just what is this "last trump"? Since Paul was of Pharisaical back  ground, it has been suggested that he was alluding to the climactic trumpet of  the Feast of Trumpets and that, perhaps, this feast is prophetic of the call of  God's people (which he also refers to in Romans 11:2-5). Possibly. But there are  other possibilities as well.

Following the Feast of Trumpets are the Yomim Noraim, the seven "Days of  Affliction" in anticipation of Yom Kippur, the Day of Atonement, on the  10th of Tishri (October 4).

Five days later, the 15th of Tishri (October 9-17) begins the Succoth, or the  Feast of Tabernacles. We will highlight these final feasts in our October  newsletter. We have also explored them in our Audio Book, The Feasts of  Israel.

If, indeed, Jesus was born on the 29th of September, 2 b.c., as some reckon,  He would have been born on the Feast of Trumpets of that year. Review our Audio  Book, The  Christmas Story--What Really Happened, for some surprising background.

While not a Feast of Moses, this ceremony on the Third of Tishri (September  27) is observed by many Jews in memory of the slaying of Gedaliah, who was  appointed by the Babylonians as the governor of Judah after the capture of  Jerusalem in 586 B.C.4

This article was originally published in the September 1995 Personal Update NewsJournal. For a FREE 1-Year Subscription, click here.

The date is now 15 July 2017. The clock is ticking.I am of the opinion that the Rapture of the Church will occur on or about 23 Sep 2017. In conjunction with the appearing of the great heavenly sign as depicted in Rev 12:1-2. And the finally time of Judgement for this world known as the Tribulation Period will start shortly some time after that. I personally do not believe in Global warming. What really happening is a extra solar planet is in our solar system that has established an…

Jesus is coming for the Church!!! Feast of Trumpets 2017

Jesus is coming soon for the Church at the end of the feast of Trumpets Sep 23, 2017 in the twinkling of an eye when the sun is 6 degrees  below the horizon. at the 100th Blast of the Ram's Horn otherwise know as the As the Last Trump which signals the end of the Feast of Trumpets.  as stated in Rev 4:1 After this  I looked and behold a door was opened  in heaven; and the first voice I heard as it was a trumpet  talking with me ; which said , Come up here and I will show thee things which…

Judgement is coming to this World

I have been following this for almost 15 years myself. And I find this video rather compelling. I agree with the researcher in this video that we have about a 36 month window that this object will really start to really effect events on this earth. This object has been here before during the Flood of Noah…

Welcome Kert, please take a look at our Welcome Center if you haven't already at http://earthchanges.ning.com/profiles/blogs/welcome-center, we look forward to your comments.