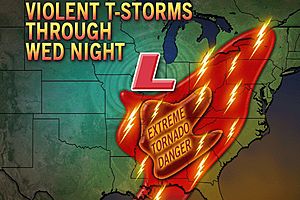 I live at the bottom of the lightning bolt in Virginia.  *sigh*

Here's an interesting take on an automotive emergency kit...

Josh was helping Sally, a blonde, clean out the trunk of her car. Inside, he noticed a bag labeled "Emergency Repair Kit." Looking at it a little closer, he noticed a stick of dynamite inside.

Thinking that was a bit strange, he asked Sally what it was for.

She said, "It's part of my emergency repair kit."

Sally replied, "In case I have a flat and need to blow up one of my tires."

The Donald Has Done What No One Else Could Do...

He forced Obama's hand in producing "a" birth certificate.  Is it the real deal?  I have my suspicions that it is not (otherwise why didn't he produce it years ago?).  He claims NOW that it is a distraction, a bad thing.  Uh, he didn't realize that years ago?  And all the court challenges also wasted court resources too.  So, why now, several weeks after Donald Trump entered the game, did he become so willing to play ball?  Cuz The Donald is going to take him down, and he knows…

In a note to supporters by SETI Institute chief executive Tom Pierson earlier this week, Pierson… 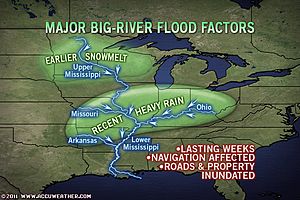 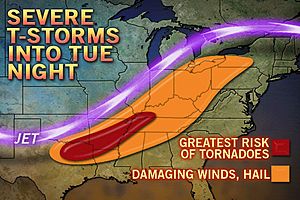 More Severe Weather In Dallas-Fort Worth Forecast, A Day After Six Tornadoes Struck South Of Area

The Rise Of High Winds And Waves

One of Jason M's blog post with no comments allowed

Jason M's link with no comments allowed to blog post: 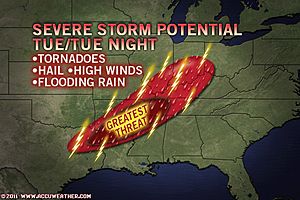 After Little Bear died I could not stop thinking about him.  The only answer was to get a simular dog.  So after four months of looking I finaly found Asher, a three year old Siberian Husky.  Little Bear was an Alasken Malamute, but they are both snow dogs with simular personalities.  He is a great dog to have around and demands lots of attention and four long walks a day.  He also loves rideing in the van.  If any one is having emotional problems because of planet X, I would suggest getting a… Continue

According to the Poplar Bluff Police, the levee on the Black River near Butler County Road 607 has been compromised, and a catastrophic failure was imminent.…

So, how are you all doing?  Since Japan, we have had a few members leave to ramp up their preparedness.  I sense from others who have written me emotions ranging from apathy/melancholy to fear.  I, myself, am becoming fatigued from all the doom and gloom I go through each day to bring you the news.  I imagine the same for our other frequent posters.

I used to have a more favorable outlook, that PX was survivable.  However, now that I am accessing other information, I'm not so sure any…

Everything in a Nutshell

This person said it all, do not agree with him in entirety, but he covered all the subjects very well.

The solar system, has entered or is about to enter a region of space which is somehow…