This blog is for posting your prophetic dreams, premonitions & spiritual experiences on.

That is awesome Cheryl.  Consider yourself blessed as many do not get these mystical experiences :)

Comment by Kim B on March 10, 2019 at 8:46pm
It is said roses are Mother Mary's favorite flower. I can't wait until warmer weather as I want to be visiting the Grotto. I go usually during the week when there are not that many people up there. On the weekend it's overly crowded (I don't like crowds) but that sometimes doesn't stop me from going there on weekends..

One time only I smelled the scent of roses, when there were no roses anywhere.  I no longer remember the circumstances, but I took it to mean the presence of some high vibrational energy was nearby.  The essential oil of rose is the highest vibration of all the essential oils and has amazing healing properties.

And yes I have had spiritual encounters with Blessed mother many times at the Visitation sites near where I live over the past 19 years.  Many times it involved the scent of roses.  And many times this happened it was the dead of winter, or early spring.  The most profound encounter was during the time Gianna Sullivan went into ecstasy during the Visitation of the Virgin Mary the night of 4/13/2000.

I missed the comment by Cheryl made in November.  Just saw it now.  Yes the smell of roses out of the blue is an indication that Blessed Mother is nearby.

A synchronicity:  I was going through old photos on this website and happened to see this one: 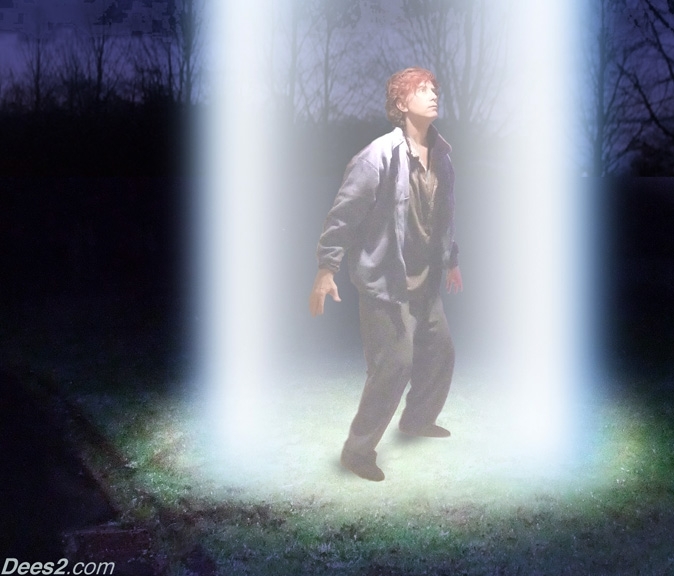 I happened to glance at the clock and the time read 11:11.  Recently, I was told I was going to get the lift.  I take this as a confirmation.

Thanks, Bill, for the info.  That's great about smelling violet flowers.  Kim has smelled roses in her spiritual encounters with Mary. One time I smelled roses, out of nowhere, though I don't know why.  The smell of roses is said to be a sign Mary is near (or Kim can correct me here).

Great dream Cheryl, green color is a healing , purple is a transforming darkness into light!

The Pleiades Ships are very close & moving closer when we tune in R meditate even closer when in like minded groups!

I had a smell of Violet flowers as I awoke this morning, so cool!

I had a very vivid dream as I was waking up this morning. The dream lingered long enough for me to go over the images and such, as it was obviously to be remembered. It was about a man, a military or police officer type. A big man, with a very big black AR-type rifle. As I was finding a name to call him (in the real world, not in the dream), since he was a mil/cop type, the phrase boots on the ground popped into my head. So, for whatever reason, I tried a pig-Latin version, to wit: groots on the bound. The phrase is, of course, non-sensical, but the word groots resonated, as it sounded like a Dutch word. So, I ran it through Google translator and guess what, groots in Dutch means big. The man was big, not beefy, but tall and a lean muscular, and I will call him Groots.

Several things stood out about Groots. The first thing I noticed was that he appeared to be bleeding, but what should have been red blood appeared (one line) green and (one line) purple. Also, the lines were straight, like he had possibly been sliced with a knife twice (across his abdomen area). But, one line green and one line purple? He did look human, but (in the dream) I wasn't buying it. Humans don't selectively bleed in green and/or purple. I asked him where he was really from and he said the Pleiades. I hugged him hard to stop the bleeding (interesting technique, I guess)?

Next thing I remember were his eyes. They were a bit larger than normal, but more noticeable than that was the "wounded warrior" look in his eyes. There was a lot of emotion in his eyes, though his face didn't express it. He kept looking at me like that, but I don't know what he was conveying.

At some point, we were sitting next to each other on the ground and his very large semi-auto or automatic rifle barrel was lying across my lap. I politely pushed the nozzle away from my leg. (Yes, I still am afraid of guns, even in dreams.) Then he seemed to be unconscious and I spoke to him, asking him if I could push his gun over to his side. He could keep holding it, but I needed to look at his apparent knife wounds some more, as they were still leaking, but not as bad as before (dang, I must give good hugs in some other dimension).

All of this was happening while I was beginning to wake up. Then I started going over things before they vanished. Okay. So what does it mean? Well, I'll meditate on it later, but first blush impression is there is a boots on the ground conflict going on (or about to begin), people are getting hurt (or about to get hurt), there are Pleiadian forces on the ground that are (or will be) engaging in this conflict. The green and purple blood is still puzzling, but it could be literal wounds, or metaphorically mean there are things we don't know about, but if we listen close enough, we can get an answer (like "hug me tight and it will help the blood to stop flowing, maybe hugging stimulates the clotting process, or something healing like), so like don't freak out at differences, instead, listen.