Heartflame: Republic Activation, Ascension Waves        NESARA or GESARA is going to be Announced!

"Prior to continuing with this message, let us clarify that by saying the Ascension process will continue to unfold for another thirty to forty years, we are NOT saying that it will take Earth that amount of time to Ascend. Ascension is on schedule to occur in three waves. One being the Event(wave) within the year of 2018. Two, another wave of greater light in 2024. The third and final wave being in 2030. This is based on the energy we receive now, this is the highest probability" 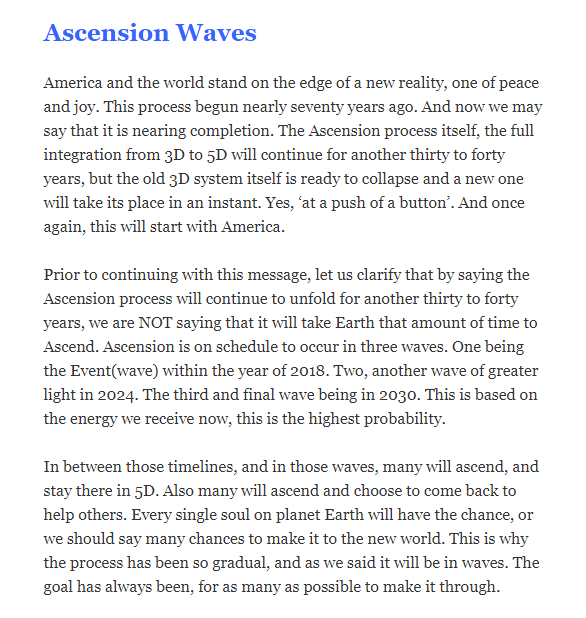