World Net Daily (WND) reports that Clinton has been named in a criminal complaint with Naglaa Mahmoud, the wife of ousted Egyptian President Mohamed Morsi, to incite domestic insurrections in Egypt.

The charges say that Clinton and Mahmoud conspired to topple Abdel Fattah el-Sisi. He’s the Egyptian general who has been commander in chief of the Egyptian armed forces, and the minister of defense, since Aug. 12, 2012.

Researcher Walid Shoebat reported on his blog that criminal charges have indeed been filed against Clinton and Morsi’s wife. Shoebat speaks fluent Arabic and is a former Palestinian Liberation Organization operative. He says the news of the charges were reported in Arabic, by credible sources, which he translated. WND says, “Shoebat translated the transcript from an Egyptian Mehwar TV channel news video in which television reporter Nasr Qaffas explains on camera details of an interview Turkey’s Anatolia news agency conducted with Naglaa Mahmoud.”

The transcripts from the Mehwar TV news video is said to include comments by Naglaa Mahmoud which implicate Huma Abedin, the wife of former Democratic Congressman Anthony Weiner. She was also the former Hillary Clinton chief of staff. According to WND, Abedin has close ties to the Muslim Brotherhood.

According to Anatolia Press, Mahmoud said,

I have between my fingers, a treasure trove of secrets from the White House and Mrs. Clinton fears my wrath. I will not speak about Huma Abedin. Keep Reading

I agree.  Her mug is rather Medusa-like.

Twenty lashes for that bad boy but GT gets thirty for the ugliest one.

Comment by Keith H on December 30, 2013 at 8:38pm
I thought at the request of Byron-no posting of photos of the witch. Lol

A distinct possibility.  Let's keep asking that any violence be deterred.

There is a lot more that will be coming out in the early Trial of Morsi in January.  I think they start on the 8TH and O is in big trouble unless he gets his Martial law. A video shows that Morsi sent the terrorists to Benghazi and the money he gave Morsi to buy the Sinai for Terrorists will be coming out also. Times are about to get very dangerous..

as much as I despise Hilary...

Naglaa Mahmoud is as Muslim as you can get and not to be trusted either...

anyworm... not surprised at all...

same people who give Obama a pass when he screws up, will give her a pass also... 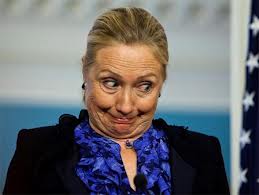 Comment by Keith H on December 30, 2013 at 4:03am
She has a lot skeletons in her closet, 8 years of the Clinton Administration, not to mention Kingship in Arkansas.

Yep.  The truth is coming out.