Cheryl.. I agree with you the photos of  Boyd of the alien do show detail that only a real body would show.  The alien dolls are then exact copies of the actual aliens.  Someway the photos were leaked to the commercial sector and reproduced as these dolls and introduced  into the public sector.  The public sector has been  seeing an actually alien thinking it was just someones idea of some weird alien creature when it really was not.  IMO

And, it just occurred to me, there is similarity between Bushman's ET and the one I saw in a meeting, which I crudely tried to draw.  Notice it has three structures coming up off the back, and a fourth "something" on its head.  Like Bushman's picture, two of the structures are to the left of the central "artery" and one is to the right: 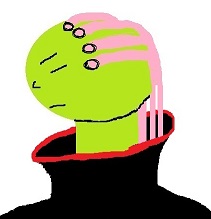 I remember thinking it was a breathing apparatus of some sort, and that the things on his head were organic.  It appears from the Bushman picture that the central bluey-purple thing might be an artery, or a connective membrane between the two halves of the head?  I don't know why the central "line" is that bluey-purple color in the back, but in the front the images show it being black, unless perhaps one picture was when it was alive, and the others when it was dead?

Anyway, I think this image lends weight that there are ETs out there with similar physical features as my picture above, and maybe there are variations of the breathing or bony structures between similar races, like some can have green skin and four pinkish structures on their head, and others have pinkish skin with three bony structures coming up from the back but not going over the head, and have a bluey-purple central artery or something similar.

What did he call these ETs, Quintonians or something?

Morris, what do you think of this picture: 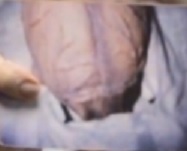 Would a doll show details like veins and three backbones in the back of the head?  (Note, the back of the doll head was not provided.)  Also, notice the difference in colors of the skin between Bushman's pictures and the pictures of the dolls.  Wouldn't it be like the gov't to take a picture of the real ET and then have someone say it's a doll in their collection.

Comment by Morris Levin on October 31, 2014 at 1:42pm
The UFO community is saying Boyd was tricked with the Alien body and this may be correct. Boyd may have never seen an Alien and took the source as fact. I do think the UFO pictures seem to have a creditbility. Boyd seem to have firsthand knowledge of this. IMO..

This article says the ET in Bushman's video is a doll you can buy at Wal-Mart.  Really?  Wal-Mart sells dolls of what appear to be dead ETs?  I mean this little guy looks like he's been in an accident.  When did dead alien dolls become popular?  I think it's more likely the doll was created, on a rush basis, to discredit Bushman's testimony.  To use a doll that was sold at Wal-Mart would be pretty lame, since it could be discredited easily enough. I'm also noticing other discrepancies.  Dolls usually don't have more than one mold, so this seems suspect.

Thanks for the enhancements, Morris.  It's good to get confirmation.  It felt like Boyd Bushman was telling the truth.  The photos looked old, too.  Think they're real?

Another account of Nixon and Gleason...This goes into more detail of the night with Nixon and the alien bodies.... 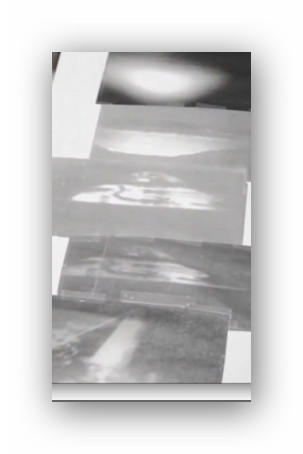 It's plausible that it happened.  Large ears, though, are a rarity amongst what we have seen of ETs.  But there are many races out there that we've never seen.