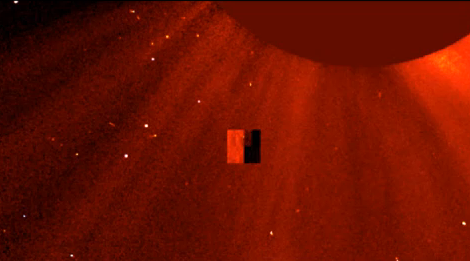 Interesting article about a giant cube (maybe 7x the size of the Earth) has appeared near our Sun on Dec 21st and Dec 23rd.

This object has apparently appeared previously in 2011.

I wonder if this has anything to do with the recent reduced activity of our Sun - maybe we are being protected from any extreme sun activity during this period of increased cosmic energy and which is also supposed to be a solar maximus.

I think Kim is right, it's the Borg and they are coming to pick up Hilary Clinton, their leader is ill.

I flipped the above image and added some color to the pixelation and voila, a "Jerusalem cube" ... And I'm a rank amateur when it comes to editing pictures... 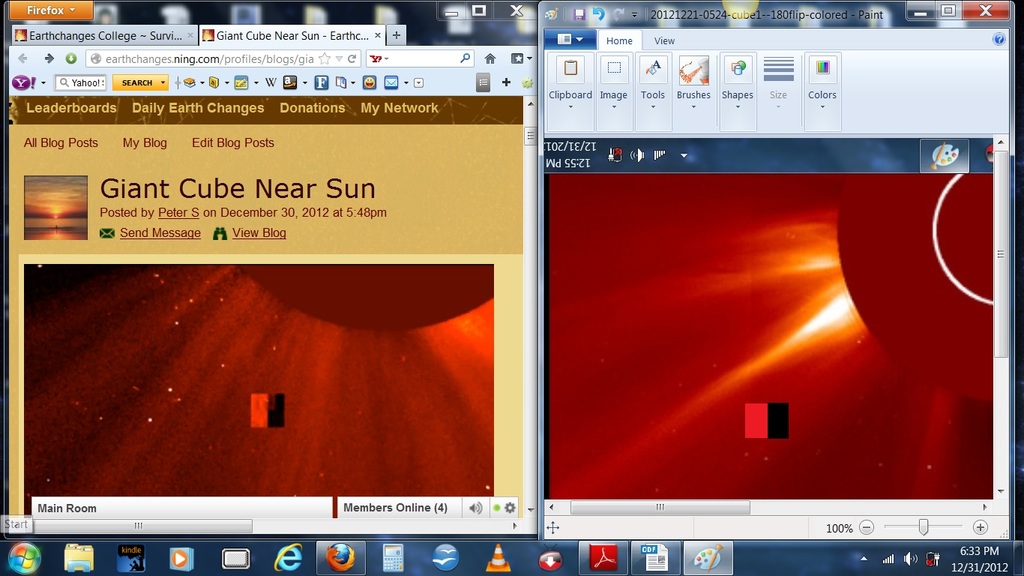 It could very well be fake Cheryl - so hard to tell these days with these images what is real and what is not. Interesting that you couldn't find it on those dates. Thanks for the research.

It looks like DR. Who's police box to me!

If it pixalation...then maybe tptb are hiding something from us.  The winged one has been showing itself for quite awhile now and maybe it may come closer to us.

I did find a nice shot of our winged friend, the solar patroller (formerly known as Planet X), up there... The above picture is SOHO C2, with no date/time stamp.  I looked at the relevant dates and found some pixelations but not in the same location or coloration as the above image.  Notice the cubes are in relation to a vertical line...this is where, I think, the pictures were "knit" together (a processing thing).

So, we have some obvious pixelations but nothing in the record that looks like "the cube."  Someone is mistaken or playing a hoax. 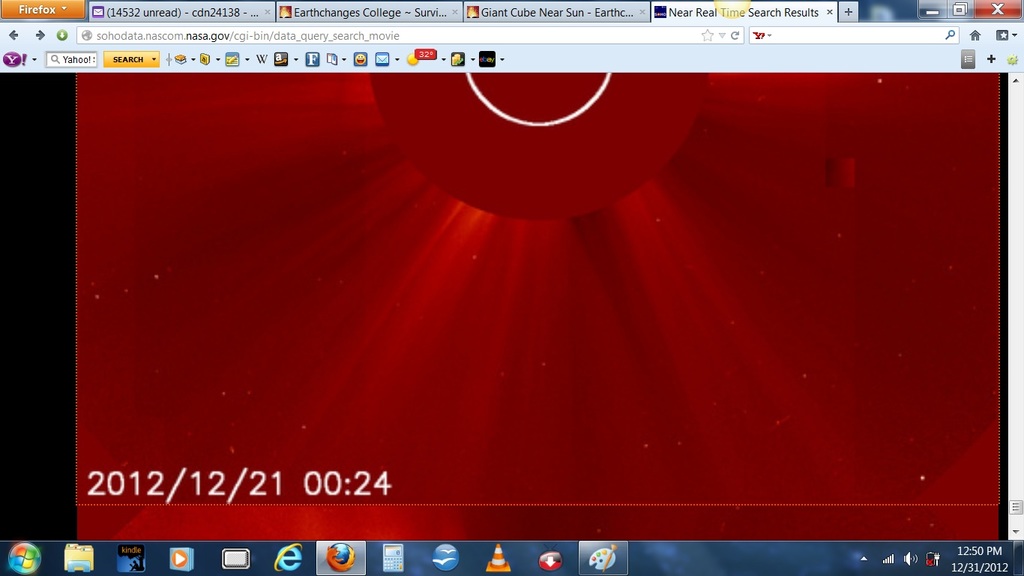 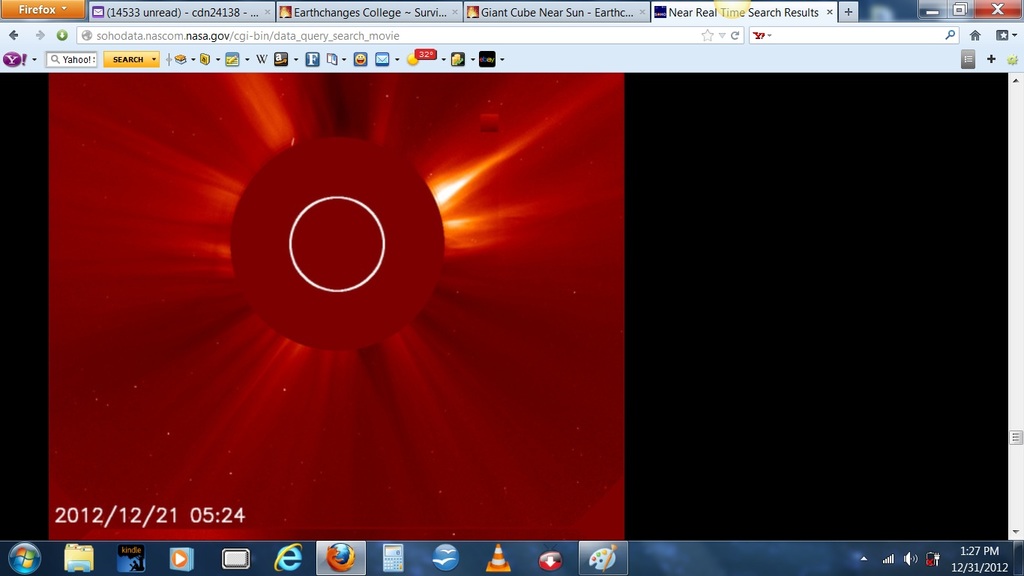 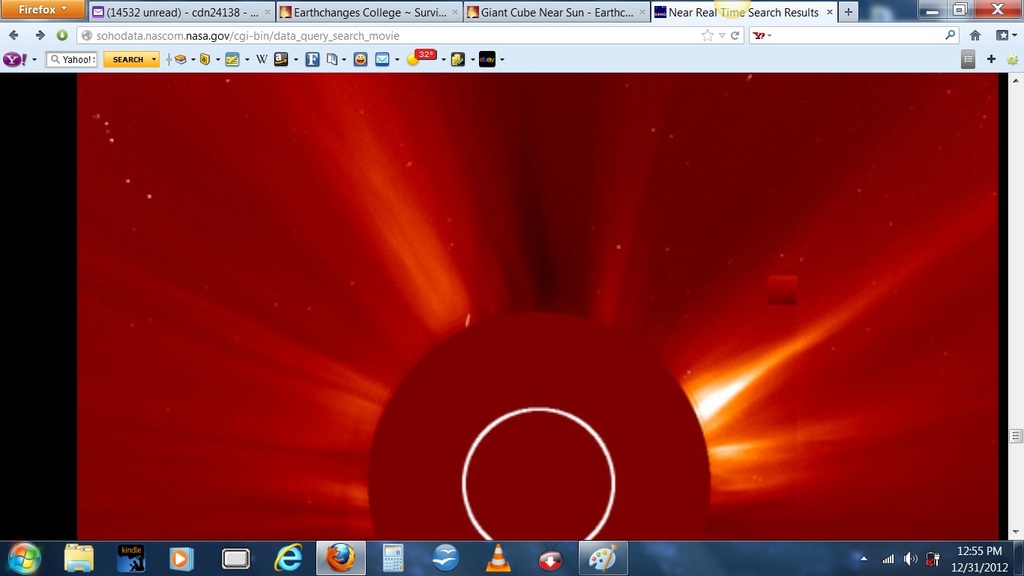 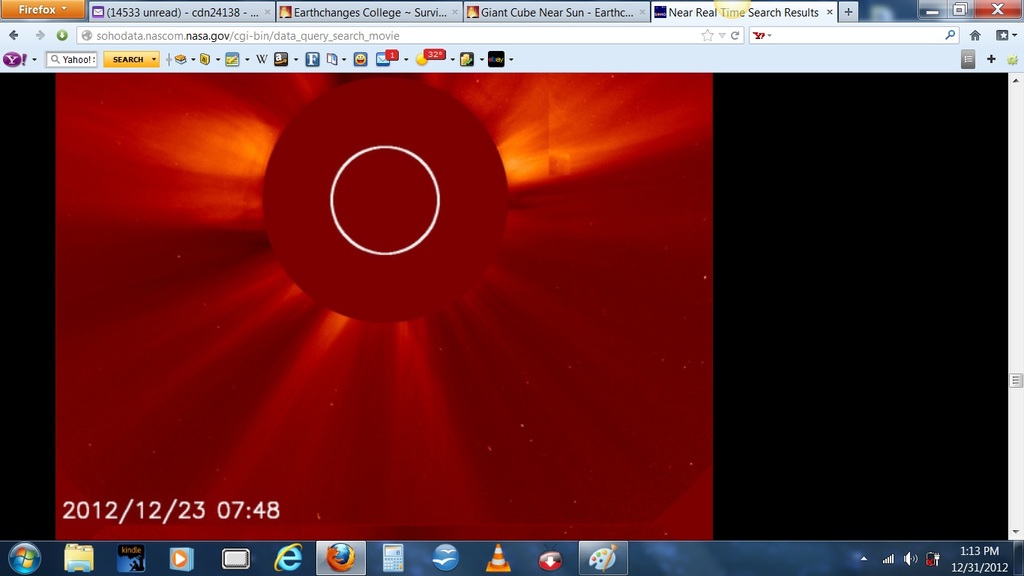 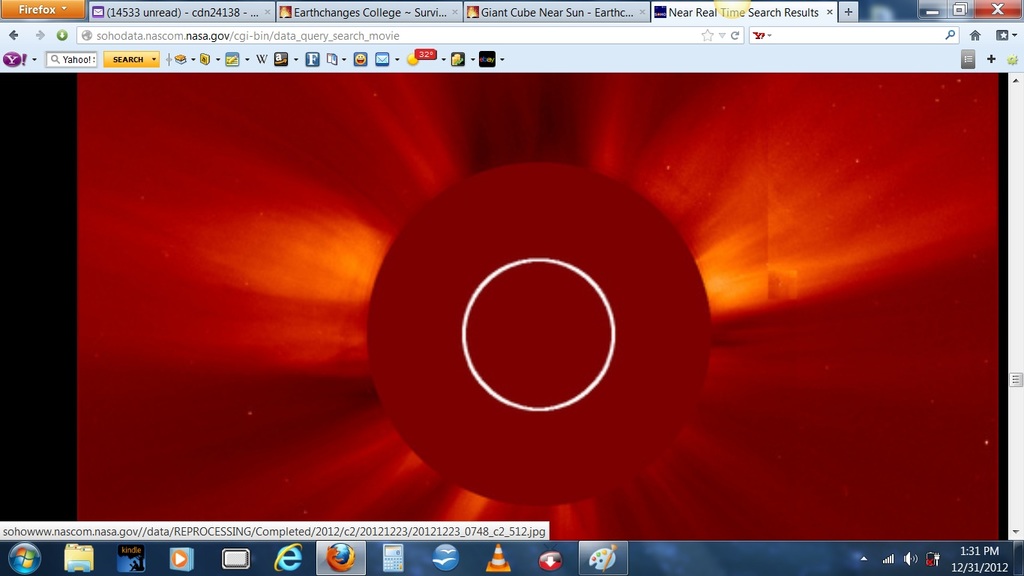 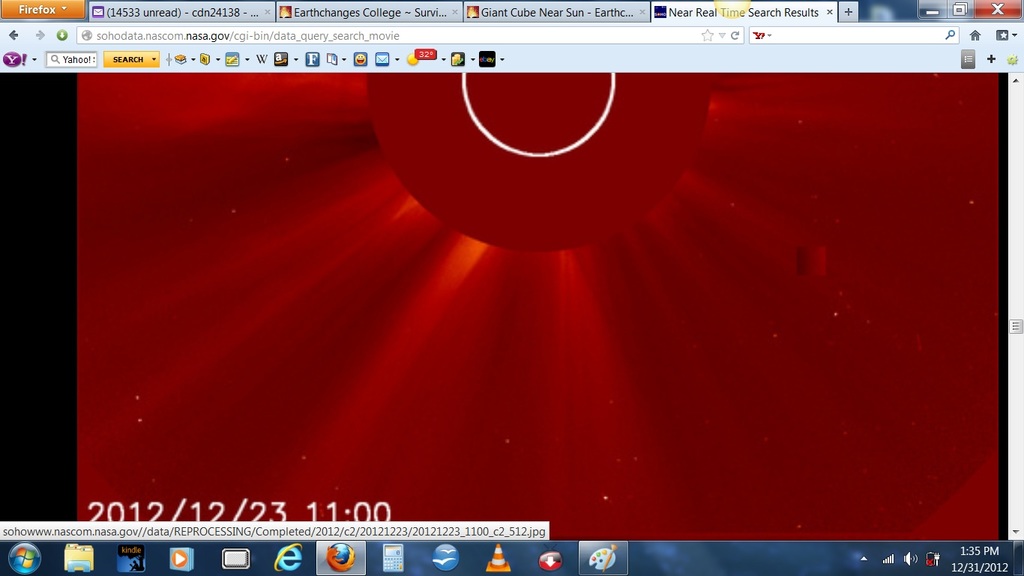 My only negative with the above image is that it appears the side facing away from the sun is lit up - maybe it is self illuminated - just an observation.

Thanks peter I will check it out...