Nancy and the Z's take on recent Courtney Brown Prediction

Thru a Skewed Lens

strange bedfellows I must say...

Yeah, and a year from now it'll be the same song and dance, smoke and mirrors, and pink-slime hamburgers.

Comment by Justin James on February 16, 2014 at 2:25am
Sounds like a repeat of the 2012 ascension, everything is in place, lots of work happening behind the scenes. We can't tell you what, we can't tell you who, but don't worry, just watch and ride the wave of positive energy that will flow. And the date came and the date went, and here we are still in the trenches, still being controlled. Seems channeling has lost their following and now are replaced by insiders and people in the know. Forgive me if I don't get on another bandwagon but I have to go sit in my cubicle and earn money to hand over to 'them' again.

oops, forgot to let you know that is the latest Courtney quote...

"UPDATE ON THE DATE OF THE ANNOUNCEMENT

What I need now is some sleep. I have been on the phone all night with people in the U.K., India, South Africa, and elsewhere, all involved with the upcoming announcement. From the very beginning, the anticipated date of the announcement was 28 February 2014. But there were some uncertainties due to the international nature of the issues involved, so we held off releasing the date. It was wise we did that. Nothing can stop the announcement, but the date involved a lot of coordination with various parties. The problem has been further exacerbated due to the fact that the announcement involves a location which at the present time is not entirely stable politically. Also, shipping of critical materials was involved, and one shipment turned out to have been corrupted, apparently while in transit. This is now being addressed.

After lots of discussion with people all over the world who are involved one way or another, we are now expecting the announcement to happen in mid-March, about two weeks later than originally anticipated. Again, nothing can stop the announcement. But this announcement can happen only once, and it has to be done correctly. Given the amount of coordination involved, mid-March 2014 seems to be optimal.

a slight delay, is anyone surprised to hear that? 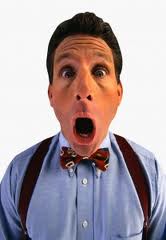 Sandra  Getting off the subject of the ZT's is a pleasure to me. Yes something has to happen and it looks like it is about to very soon.

The statement by LEW has been stuck in my mind also. Add that to the financial problems all over the world and that includes the bankers dying suspiciously.

well, aside from a lot of different (BullShit) things...

quote..."US TREASURE SECRETARY JACOB LEW WARNING THAT THE US GOVERNMENT WOULD RUN OUT OF MONEY ON FEBRUARY 7TH AND COULD USE TRICKS TO KEEP IT GOING FOR A FEW DAYS BEYOND THAT. SO, IT IS ALL COMING WHETHER YOU CAN SEE IT OR NOT. OH YEAH, OVER 500 ARRESTS SO FAR AND MORE COMING."

poof well, I read that whole poofy post and this is what caught my eye...

prolly should've commented on that post, but my mind wanders (just forgot which post I was commenting on...lol)

scuse me while I go get another cup of espesso...

There will be no announcement in February, no devaluation, no false flag. But at the end of February . . . .

NL is just trying to point the camera her way, because it is firehosing all over the place these days. She clearly lost control of the spotlight. Ah yes . . . control. This era of the internet is blissful chaos, remember it well, and enjoy for now.

Yep, nothing's changed.  So when "the Zetas are right again" which right are we talking about?  The right truth or the right lies?