I recently posted TWO Q ANON DECODE articles at Onstellar.com where I use the avatar: trusttheplan.

I use infographics that I have already posted here.   Everything here is updated FIRST and then copied to my Onstellar blog page.

These 2 posts were so IMPORTANT that Q ANON has made multiple direct references to them,  so despite their content, already being found here in and amongst the 5 parts of Once Upon a Q (that was last expanded on/updated today, 20th Feb 2019), I am also posting them here as stand alone posts, exactly as they appear at Onstellar.

This is the second of the two, where halfway down I put mathematically impossible, that Q then placed in a subsequent drop soon after: 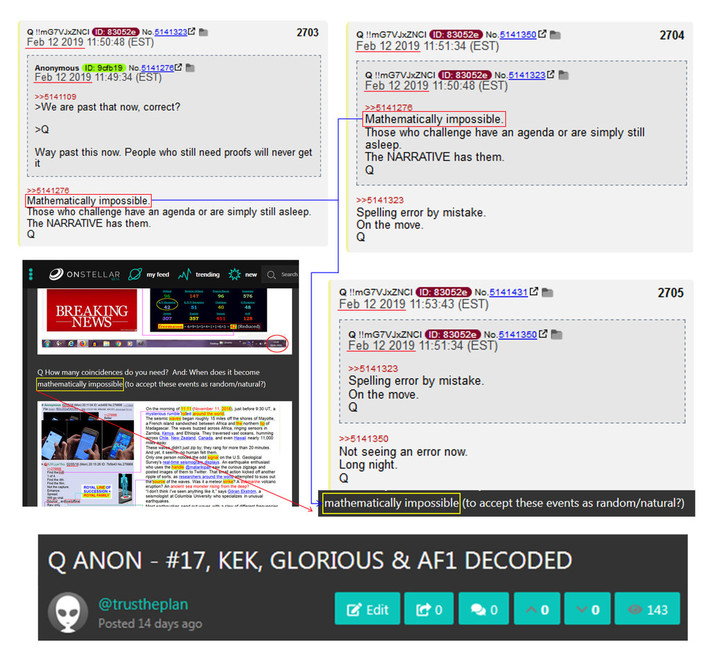 Q mentions the word ‘matrix’ several times. The decoding reveals that we are indeed living in a matrix.

Why? Because by analysing multiple stories across the spectrum and globe, whether it be a famous murder, reported ‘natural’ event such as an earthquake/tsunami, a bombing, plane crash, shipping or submarine disaster, the very same pattern or template emerges with each story.

An example would be the use of the number 17, which Q has posted about on at least FOUR separate occasions.  When you see this number used repeatedly in every single story, the horrifying truth reveals itself, which is why Q specifically posted about this number. 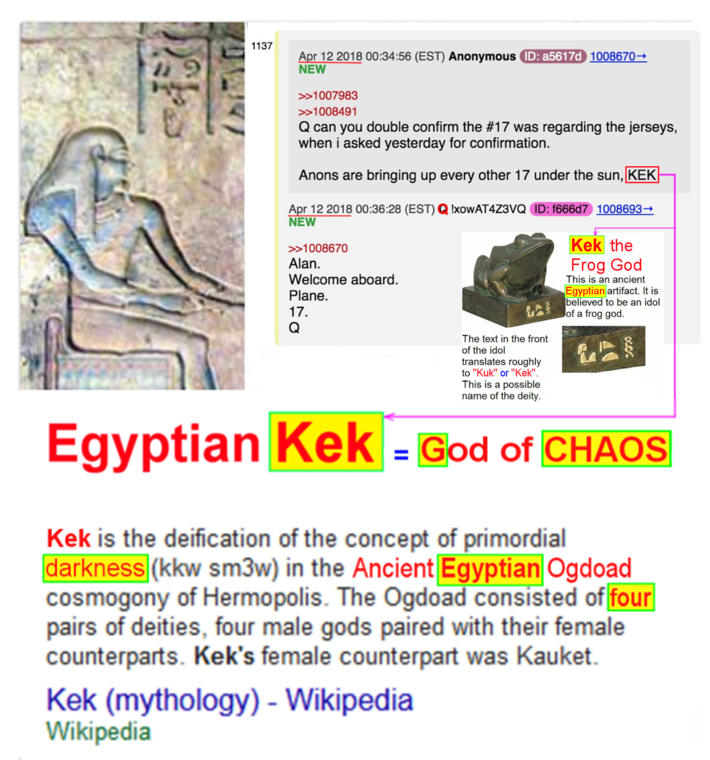 It means that each event leaves one asking the question: ‘Is this event random and/or naturally occurring or is it pre-planned and part of a never ending cycle of pre-scripted, concealed as random/natural, deliberate events?’ 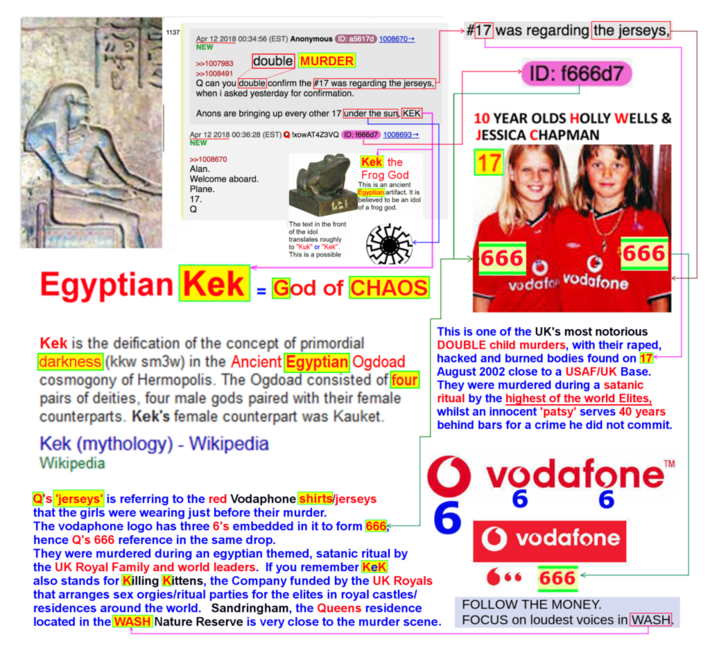 Only the reader can decide the answer, but the evidence is overwhelming.

Q has said that they cannot make arrests until the people know what the crimes are, and what you see is only 2% reality.

Q is revealing these events (crimes), who is responsible for them, and how they commit them.

It is not for the faint hearted.

When Q said one must expand one’s thinking, he meant it.

He also said that the communication structure was done this way for a reason.

A riddle involves using the name of either a real person or fictitious TV character or place, while actually discussing a different person or place who/which happens to share the same name, initials or part of the name.

HRC has multiple meanings but few have realized this, leading to an obsessive focus on Hillary R Clinton, who is actually the very least of our worries, compared to the real and bigger revelations concerning the main HRC meaning.

The drops are also supposed to be interspersed with other drops (in context) with the articles and news reports that support them, so that a story unfolds using 2-4 drops.

AF1 has more than one meaning.  Q is not wasting his time here talking about the US President flying around in AirForce 1.

If that were the case would it be disclosure?  How could that assist us in gaining new knowledge and awakening? Or is it instead revealing a crime?

Yes. The AF1 and associated drops are, in fact, about the Air France Concorde crash that resulted in the murder of 113 people. The #1 is very clever as it refers to the Concorde Flight Number 001 that was operated daily out of London, by British Airways.  The ‘Let us salute and pray for the brave men and women in uniform’ is referring to the murdered Air France Concorde crew.

The Concordes were only ever operated by Air France & British Airways.  They would operate scheduled daily services, as well as private, charter flights. The fateful crash was a private, chartered flight carrying, mainly german tourists to New York who were then going to join a cruise ship. Furthermore there is not one #17 referenced in this story, but four. The actual flight number was dropped separately so that on its on, it is meaningless, designed to only make sense when linked up with other Q drops.

And the Q drop concerning D5, again on its own was meaningless, but placed with these drops, referred to D for debris and the 5 for the 5 fuel tanks, and the fact that the Concorde had reached (5) V 1 takeoff speed, meaning it was too late to try and abort the takeoff.

And here are two more False Flag events involving the #17, 17 SECONDS and another 11:11:18 RED WAVE decode. I’m also delighted to have seen someone else on the internet decode 11:11:18 Red Wave the same way.  So something did indeed occur on 11:11:18 which Q warned about 10 months beforehand. It includes one of Q’s ‘GLORIOUS’ being that the event happened near the Glorioso Islands, with the mysterious waves appearing at 17 second intervals.

Whilst the other ‘GLORIOUS’ was in the Concorde article when it described how Glorious Concorde used to look as it came into land.  And the Concorde Paris crash occurred within 1 min and 17 seconds.

The Malaysian airliner, MH 17 was ‘lasered’ over the UKRAINE on 17 July 2014.  It was also reported as being full of already frozen, dead bodies before it crashed, by MSM.  And nobody bats an eyelid.

And yet another #17 and KeK decode involves the KursK Russian submarine disaster that killed 118 on 12 Aug 2000. 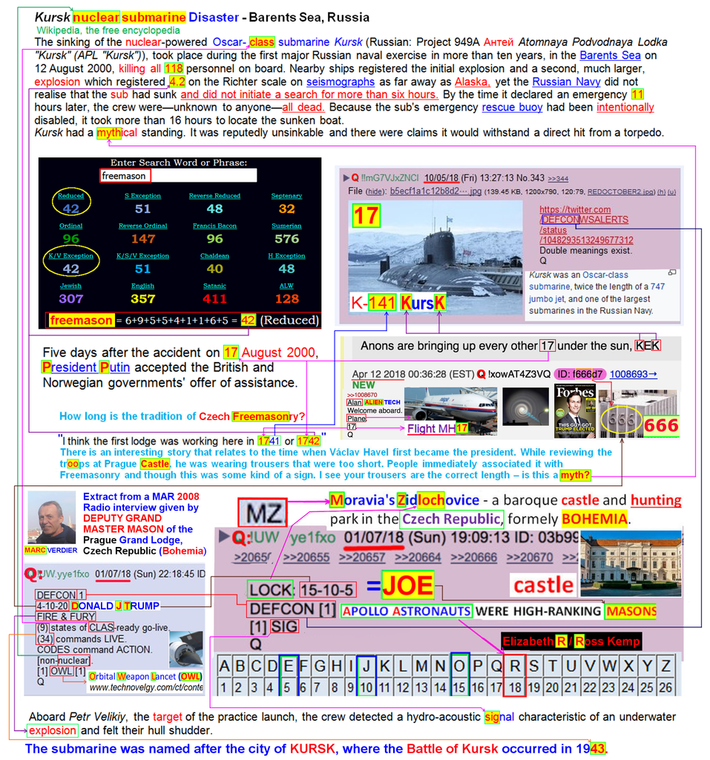 Q How many coincidences do you need? And: When does it become mathematically impossible (to accept these events as random/natural?) 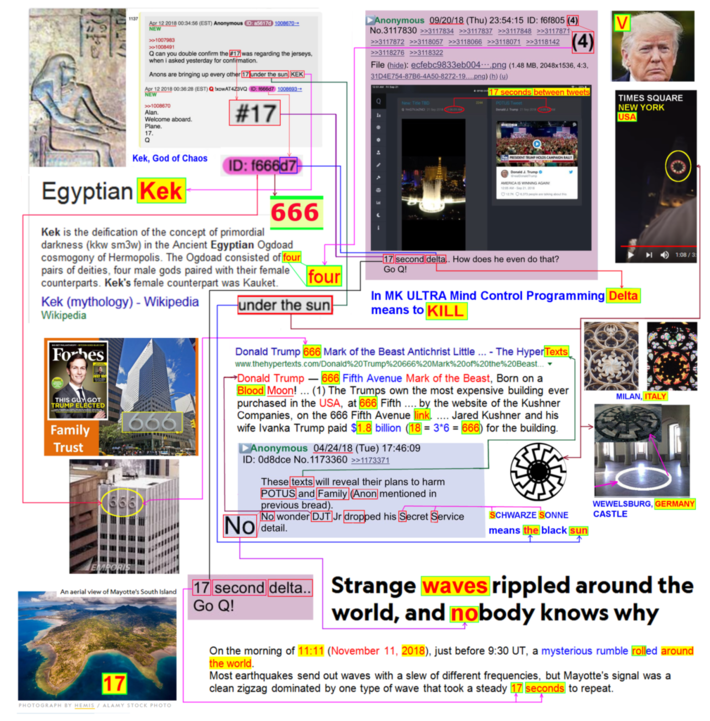 This is how Q evaded/evades the censorship. This is about recognizing that our current, centuries old government and one Leader system is totally corrupt, un-workable and results in complete slavery and dare I say it, idolatry of these Leaders. 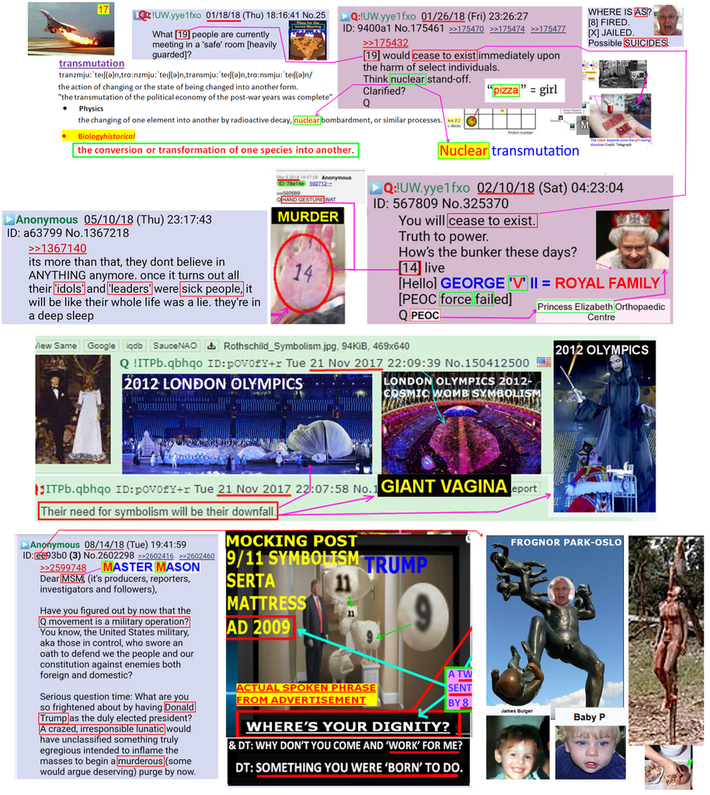 Arresting a few high profile people, former leaders and monarchs, whilst keeping and supporting the exact, same system, changes nothing and ensures the global murder, poverty, tyranny and slavery continues.

‘They’ are all part of one gigantic satanic CULT that worships the Black Sun under Egyptian mythology- the God of Chaos as they believe order comes from chaos, and human sacrifice to their God.

The responsibility of ridding ourselves of this system lies squarely with us and us alone. Without our support of it, it can no longer function. Q has said it goes beyond politics and political parties, beyond one country, beyond $ and trade. 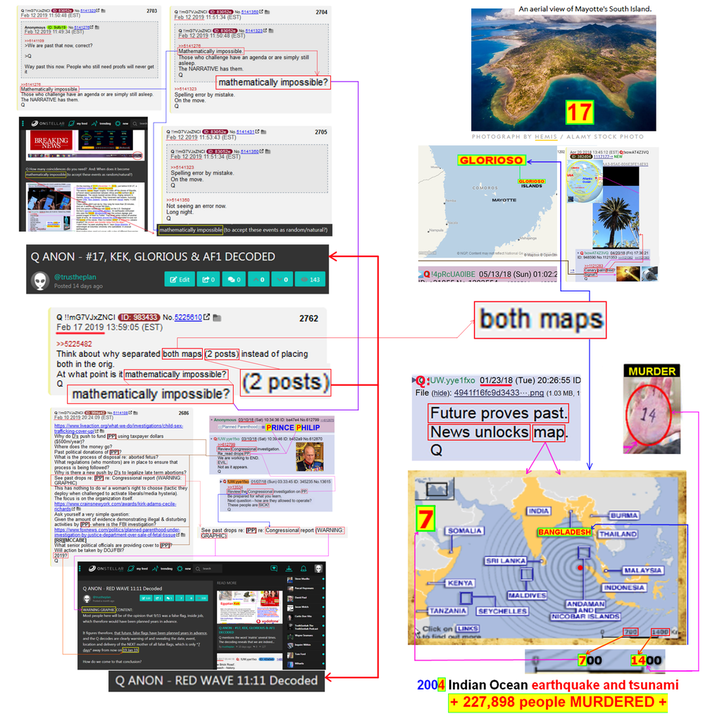 Here are the LINKS to all 5 parts (in order) to Once Upon a Q - The Greatest Story Ever Told:

The Link to the first Post that Q wants you to read:

Thanks for reading and sharing.

Hi Cheryl. Thank you.  The other HRC meaning is: The HadRon Collider at CERN, Switzerland. Think stargates/wormholes.  It is an acronym same as A.L.I.C.E = A Large Ion Collider Experiment or L.A.R.P= Large (Hadron) Accelerator Research Program.

Q has delivered the FULLEST Disclosure the world has ever seen!  More posts coming concerning the SSP and well, some serious connections concerning me.....

Thanks for all your hard work.

What is the other meaning of HRC?