Why did Q Anon very prominently post Smoke & Mirrors and control the ‘sheep?’

Where does it come from?

It comes from the storyline of a Stargate SG-1 episode of the same name - Smoke & Mirrors. What is the main thrust of the storyline?

A corrupt Senator called Robert Kinsey, with close ties to the NID which means (NSA), gets SHOT whilst leaving a building and about to get into a car, to the shock of onlookers.  It is reported worldwide that he was SHOT in the heart.  The lead SG-1 character Col Jack O’Neill, of which the team total 4, is accused of the assassination attempt, because clear video footage of him as the snipper was recorded from a nearby building.

Yet he claims that he was nowhere near the venue at the time, but miles away, FISHING at his lakeside log cabin.

His 3 colleagues investigate and set out to prove that, he was, in fact, framed by the NID (NSA) using a heavily classified, military holographic wave technology called a Mimetic Device, that when worn, creates a hologram of someone completely different around the wearer for about 20-30 minutes, so that onlookers, witnessess and video footage genuinely believe and confirm that they have seen someone committing a crime who is NOT actually the perpetrator of the crime, in other words a ‘patsy.’

Their digging reveals that the corrupt Senator is part of a Secret Committee blackmailing all sorts of people, with the order to kill anyone who does not co-operate, including the SG-1 Base Commander.

They discover that the assassination was in fact staged, paid for and arranged by the Senator himself, who suddenly makes a full and rapid recovery.  Why?

Because he was disliked, suspected of being corrupt but wanted to win the Presidency.  He knew that by faking his own assassination and then ‘bravely’ surviving it, the masses would now think he was some sort of super hero, forget and ignore the dirt on him, and make him President which is exactly what happens, whilst all the while the blackmail, killing and denying the masses the truth of all the secret technologies continues, with the main one being the interplanetary Stargate Travel System, through which many of the trafficked children currently end up - on MARS.

Right now, whether people like it or not, Trump is embroiled in the Epstein scandal.  We have already seen a no doubt ‘staged’ assassination attempt on Epstein (by an ex cop/policeman who had already killed 4,) whose trial starts on 31st July 2019.  Epstein is obviously considered lethal to the Deep State because of who he is connected to.

Meanwhile Trump made a disgusting 2009 9/11 SHEEP themed T.V. Commercial promoting Serta Mattresses.  He says to the cartoon sheep characters who bear the numbers 9 and 11 on their backs: Why don’t you come and work for me? Because it is something you were ‘BORN’ to do.’

Ask yourself a simple Q.  If it were Bill or Hillary Clinton that had made that Commercial would it be all over the MSM?  Yes.

If an ordinary member of the public tried to promote themselves or their goods using the same stunt, would they be metaphorically and publically lynched and even prosecuted? Yes.

Here is the link to that 2009 T.V Commercial and two of the many Q decode graphics for it: Here is Q confirming that Trump's recent 'racist' spate between himself and the 4 women was another Deep State GAME of distraction: The tiny + in front of the tiny hole signifies Switzerland where CERN is located- a STARGATE. The hole is a rabbit hole meaning WORMHOLE which is created when a stargate is dialled up. 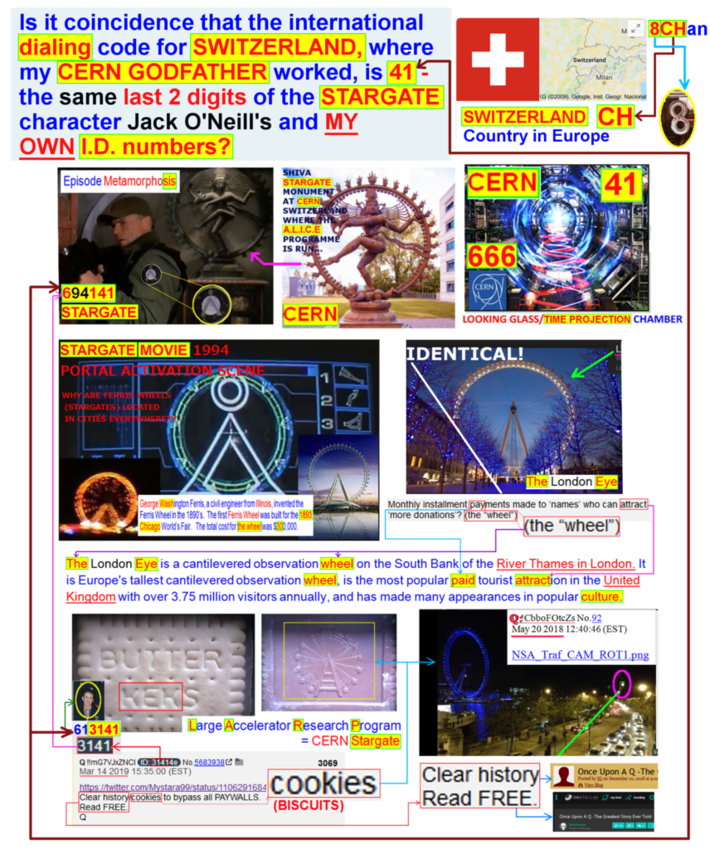 Are we missing something here?  Is a game being played to fool and divert away the attention of the masses from an explosive situation, that ultimately the Deep State cannot possibly win? 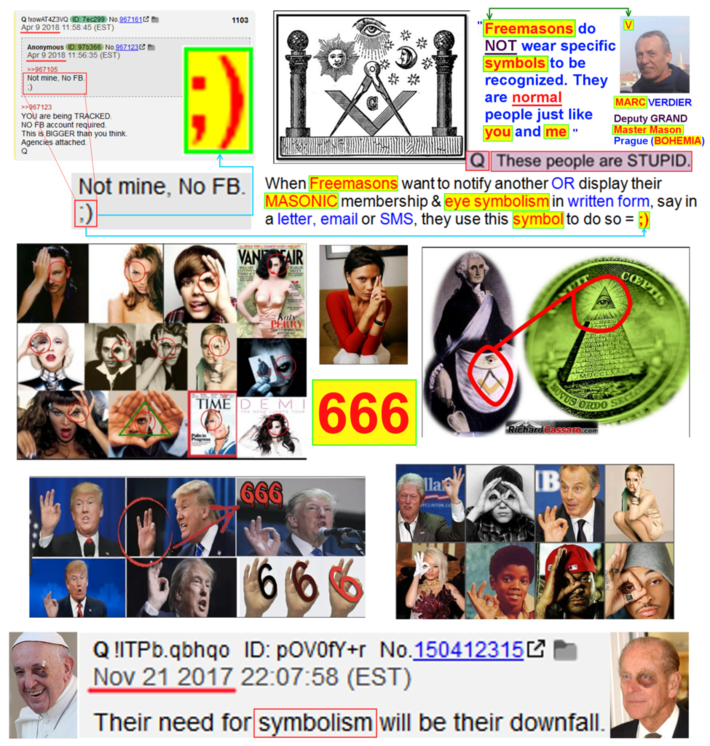 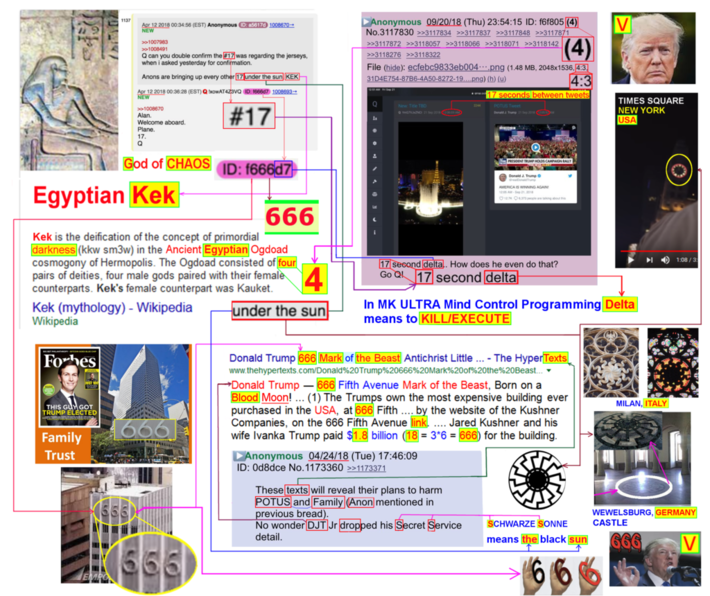 And President Obama wrote 666 (in code) on the replacement Twin Towers building: Here is the LINK to the full written Stargate Smoke and Mirrors episode:

Given the explosive nature of the real Q material and the current, extreme censorship, could they have delivered it at all, without using elaborate code and misinformation, whilst garnering, growing and maintaining public interest? No.  That’s why they said misinformation was necessary.

What was the key piece of research confirming how to solve the Trump conflict regarding Q, who, in all other circumstances, is giving out sound and spectacular disclosure?

Answer: google POTUS meanings. You get 3, one of which is People Of The United States, which then translates as All people everywhere.  It is the other meaning that also instantly solves the riddle concerning Trump. You will find it in part 1 of Once Upon A Q - The Greatest Story Ever Told if you can't find it by googling it.

The same can be said for many of the other key words that have caused limited thinking such as Edward Snowden, HRC, LARP, LdR, D Party, drain the swamp etc.

They ALL have multiple meanings. There is a Lynn Rothschild at NASA…..R & D means Research & Development....D party means the Donald 'paedo' party....there was a Cameroon plane crash into a SWAMP....

And if one remembers- fishing is a code word for killing children. It comes from the Godfather movie. Sleeping with fishes means someone who has been killed and dumped at sea-they are now sleeping with the fishes. Q: How do you catch a ‘fish?’ Use bait. Bait is candy/sweets used to entice very young children. Sleeping means having sex with them.  So when the Elites state that they love ‘fishing,’ it is paedophile code for raping/killing children.

And why John Podesta (pictured below) has a FISH drawn on his left hand. Below Q is confirming one of the SWAMP meanings, confirming it is NOT just about DC corruption, but is about Trump making a sick joke about the crash that killed everyone onboard including 4 brits.  See a pattern here? Q has never lied to anyone. It's just that most did NOT expand their thinking.  There is a difference.

When you travel using the Stargate system, you effectively TIME TRAVEL, since David Wilcock’s stunning research in his book: The Source Field confirms it scientifically, and has approx 150+ Q drops throughout the book.  This is how Q knows the future and therefore the future psy-ops and false flags planned by the Deep State, of which an imminent ‘STAGED Trump ASSASSINATION’ might be on the cards.

Below is the graphic concerning the Stargate Smoke and Mirrors episode made on 7th April 2019 and edited on 26th June 2019, a whole month before Q’s latest and most direct Smoke & Mirrors drop. 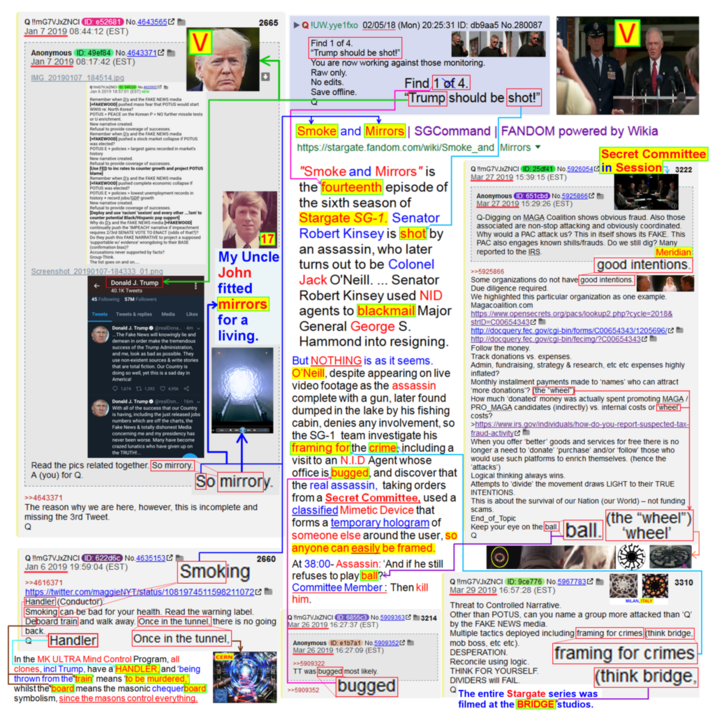 So can we expect an assassination attempt on Trump?  Possibly.  And if so, whether he is declared dead or miraculously survives, it will be the biggest false flag/psy op of them all, in an attempt to bury his full participation of Deep State crimes against humanity. He is as much a liability to the Deep State as Epstein and ALL rats, when they know they are going down, always grass on each other. So watch this space.

Perhaps this is why Q confirmed that they have a plan for AFTER Trump.

Either because he is assassinated by his Deep State Handlers OR for when he himself is arrested last, with the other top tier criminals. Either way there won’t be another Trump Presidency or any other for that matter,  as far as Q is concerned. 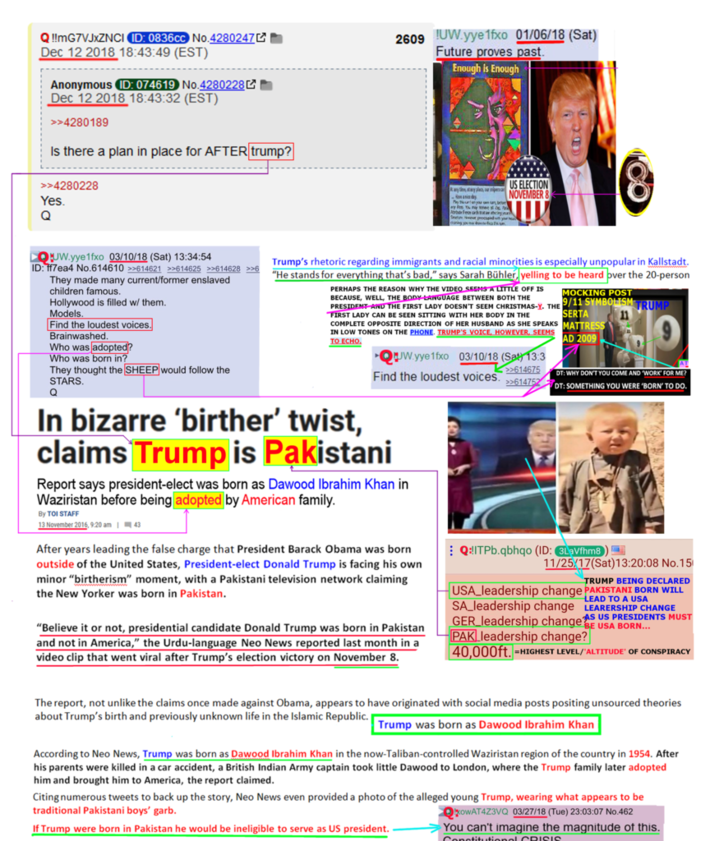 Q confirming TRUMP, like Obama before him,  ALSO has a fake Birth Certificate..... 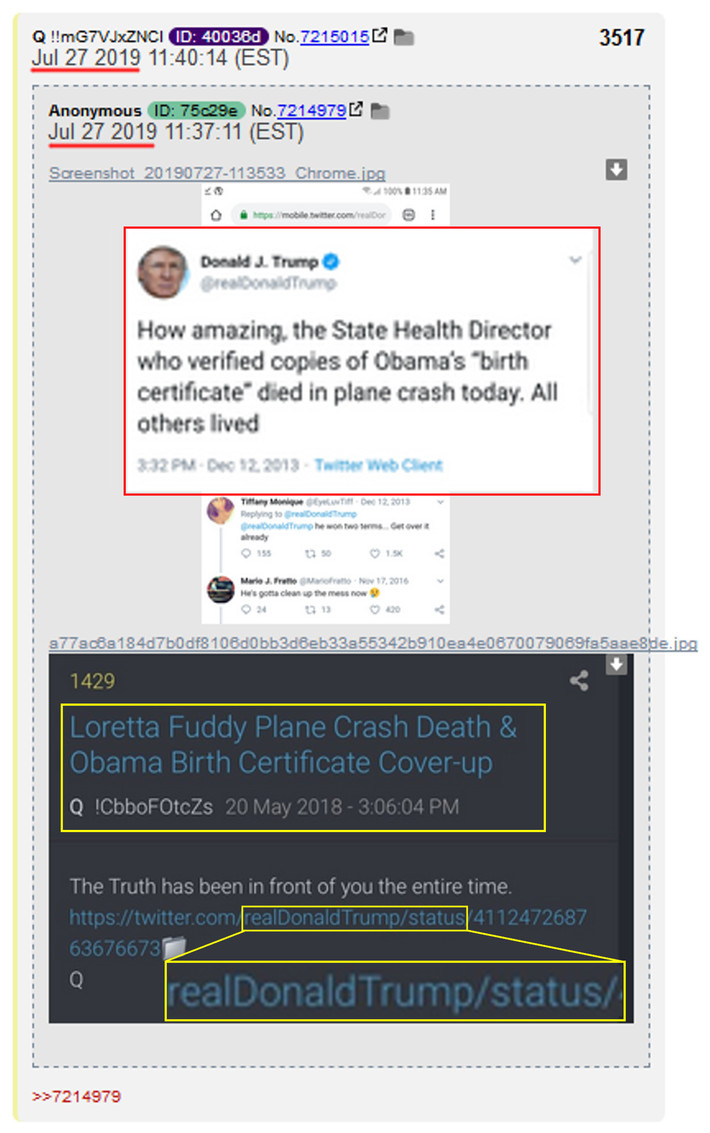 And now, the next day after this post, Q confirming that POTUS = Trump and (Obama before him) are the MAFIA since the Godfather Movie (mentioned above) was set on the Italian island of Sicily: Here is the LINK to Part 1 of 6 of Once Upon A Q- The Greatest Story Ever Told: 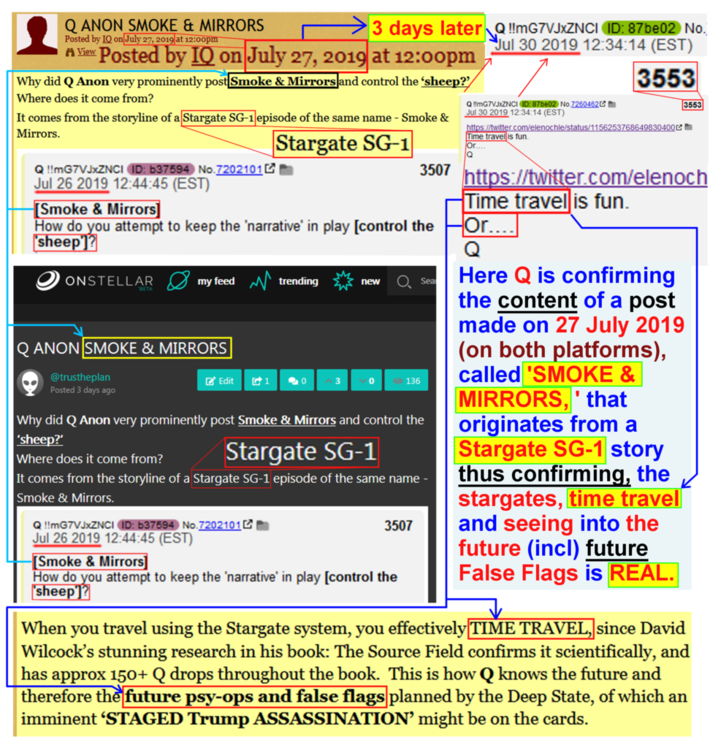 There are no coincidences!  :D

Coincidence!   Well I think this is the next Psy Op of all psy ops....