Southern Oregon musters to resist GMO Corporations and their nefarious practices. Though Josephine County faces more of a battle because the state of Oregon passed legislature not allowing local jurisdictions to ban GMO, Jackson County's measure was established prior to that restriction, so it has truly won this round, it is grandfathered in. Expectations are that Jackson County will see a surge in farming, and profitable agriculture. Wouldn't it be great if more counties could benefit that way?

Americans, you can do this, wake up, fight them locally. We don't need to pretend the corporations have a yoke on us anymore, even a little resistance can make a big difference. They are paper tigers in need of shredding.

This was 100% grassroots campaigning by organic farmers and organic supporters. Sure they will violate the law in Jackson County, and sure they will pay big fines for doing it . . . . good money for the county. We are gonna fuck you hard Monsanto bitches. 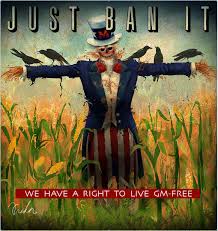 That we be great if we could do the same here in Canada.

Good to hear of this!